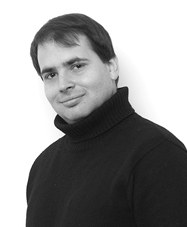 Daniel studied Architecture & Set Design at University of the Arts London. He then worked in London theatre for over a decade before joining the design team for the London 2012 Opening and Closing Ceremonies. He worked directly with creative director Danny Boyle and production designer Mark Tildesley.

Following the Olympics, he launched a career in the film industry working in the art department at Warner Bros, Vertigo Films, The Weinstein Company and Walt Disney Motion Pictures.